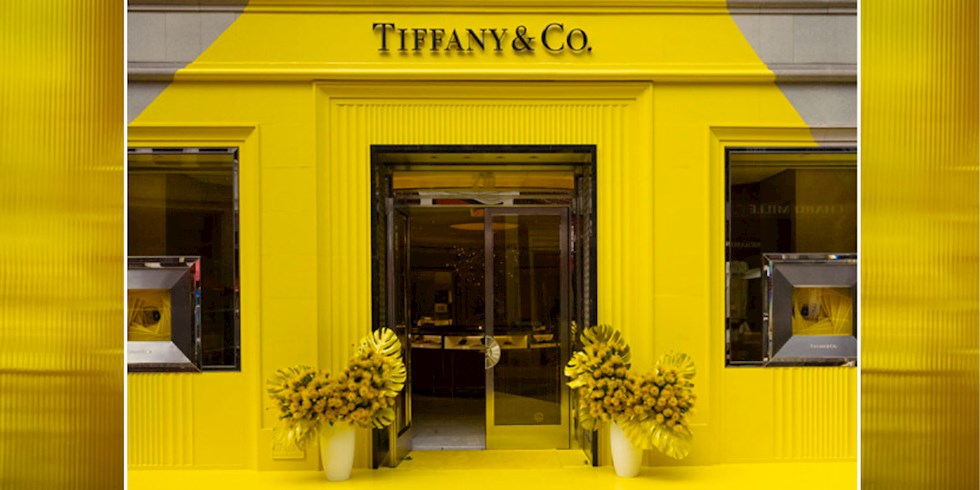 Let’s go back to April 1… If you remember, Tiffany & Co surprised us with its sharing on social media; She shared a photo that reported that iconic Tiffany blue was replaced by a bright yellow. The brand stated the next day that this was of course a joke, and the Tiffany blue was back the next day. However, the success of the April 1 joke continued and turned into a viral twist on the internet.

Apparently, April 1 Fools were not the first and last day we would see the brand in yellow. Last weekend, Tiffany & Co held a yellow-themed event at Beverly Hills store and "Tiffany Yellow" shared the photos of the pop-up store equipped with it on social media. This sent a nod to the social media joke that Tiffany claimed that the new brand color was now yellow instead of iconic blue. Brand "Tiffany Blue"We will never give up, but there will indeed be some interesting projects in the future." Then, it turns out that this special yellow pop-up was laying the foundation for the store theme. The luxury jewelery brand will make this joke a reality, starting with its Beverly Hills location, by temporarily displaying selected stores around the world in this sunny color. For a limited time, it will be in the iconic blue hearts and the pop-up stores will be all yellow.

According to WWD, Tiffany temporarily reshaped her pop-up store in the Beverly Hills – Rodeo Drive location during the weekend; The whole store, from the exterior to the interior decoration, has become a completely new summer color, lemon yellow. Tiffany & Co boxes and shopping bags also became yellow for the first time. The store also offers sunny treats such as ginger and turmeric latte, lemon soda and honeycomb ice cream. "Yellow Diamond Café" there was also. An exhibition of all important yellow diamonds, including the iconic yellow Tiffany diamond, photo booths and virtual trial opportunities rounded off the interesting experiential tone of the pop-up ‘store.

Tiffany says this interesting store concept will also be in global locations to be determined soon. These new developments seem to make the jewelery world more exciting.

“Tiffany Blue” hikayesi
The iconic thrush egg blue hue, known worldwide as “Tiffany Blue”, represents luxury. While there is no definitive answer as to why the brand’s founder, Charles Lewis Tiffany chose this distinctive color, some say it was due to the popularity of turquoise in 19th century jewelery. Turquoise was a favorite of Victorian brides. As a memento of the wedding day, attendees were given a dove-shaped turquoise brooch, which caused the color to become popular.

Since 1998, Tiffany Blue has been registered as a trademark color brand by Tiffany. Tiffany’s distinctive blue shade was registered for Tiffany by Pantone in 2001; Known as “Tiffany Blue-Pantone 1837”, the color got its name from the year the company was founded. Brand marketing publication AdWeek, the Tiffany blue box "Probably the best known and most desired retail box in history" He had described it as.

Why yellow?
It may be seen as inappropriate for Tiffany & Co., who has maintained its distinctive blue for years, to love yellow, but yellow color is actually very important for the brand … Why? Let’s call it the legendary Tiffany & Co yellow diamond, one of the largest yellow diamonds ever discovered… The iconic yellow diamond was discovered in 1878 at South Africa’s Kimberley Mine. The founder of the brand, Charles Levis, who bought a 287-carat yellow diamond in the same year, cut the diamond in 128.54 carats for a brighter and more vibrant yellow and named it Tiffany Diamond. King Louis Philippe bought this diamond from the firm during the political turmoil in Paris in 1848. This shopping made from Tiffany in 1887 in the French Crown Jewels sale has gone down in history as the most beautiful diamond. 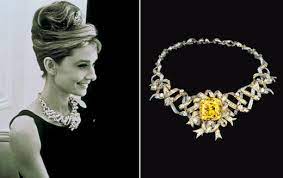 Four women wore this diamond, including iconic names like Mary Whitehouse, Audrey Hepburn, Lady Gaga, and Gal Gadot. So if we’re serious about joking aside, Tiffany actually has a distinctive shade of yellow …