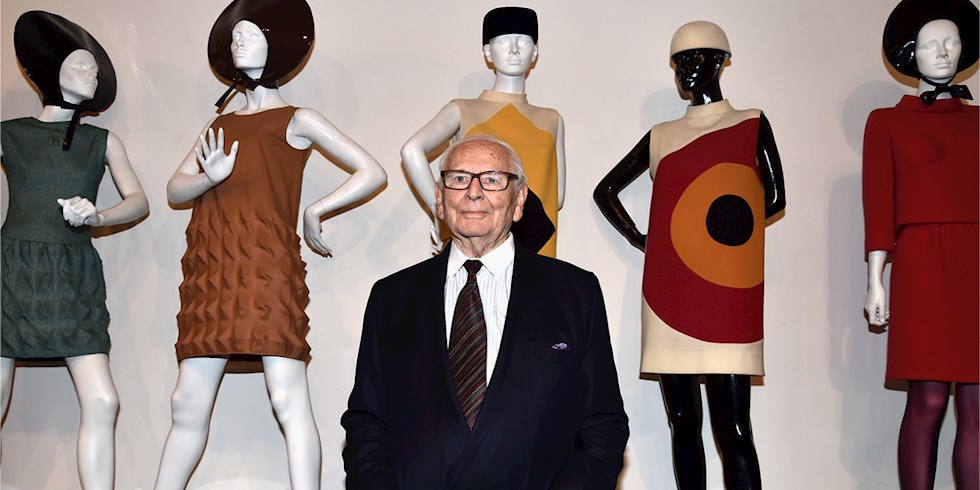 Born in San Biagio de Callalta near Treviso on July 2, 1922, Cardin entered the fashion world when he was just 14 years old, apprenticing as a tailor in Vichy, France. During the Second World War, Cardin worked for the Red Cross. After the war, he was employed by Paquin and Schiaparelli, and in 1947 he became head of Dior’s tailoring workshop, working on the iconic Bar jacket, which was an important part of Christian Dior’s New Look. He designed some costumes for Jean Cocteau and later said that in 1950, Chanel was given the opportunity to become art director but turned down to open his own house.

Pierre Cardin, who founded his own brand in 1950, became known in the sixties for his Space Age designs, which reflected his admiration for geometric forms, especially bubble for a long time; Bubble Dress was one of his most famous designs. His impressive designs include orange, mauve and green colored, embossed design, PVC hat, gloves; Kimono-style dresses with geometric sleeves took place. Years later, he said that his first days “developed the practice of dreaming something, then realizing the dream.” Cardin, who dressed the icons of the world from Lauren Bacall to The Beatles with its popularity in the 60s, is among the designers who shaped the period. Cardin, one of the most important designers in history, is known as the name that created the futurism trend by reflecting the Space Races to fashion.

Pierre Cardin influenced the designers of his time and today with his revolutionary designs, striking silhouettes like in the Cosmo corps collection, and finally, the 70th edition at the Théâtre du Châtelet, where the documentary “House of Cardin” premiered at the Venice Film Festival in September 2019. It was seen at the anniversary celebrations. Pierre Cardin, who died in a hospital in Neuilly near Paris on December 29, was 98 years old. “Today is a very sad day for our family. Pierre Cardin has passed away. We are all proud of his determination and his courage throughout his life.” In addition to the Cardin family, Pierre Cardin Instagram account shared an unforgettable quote from the designer: “I have always worked in my own style. And this is very different from other people. My intention has always been to be different because it’s the only way to be eternal. “