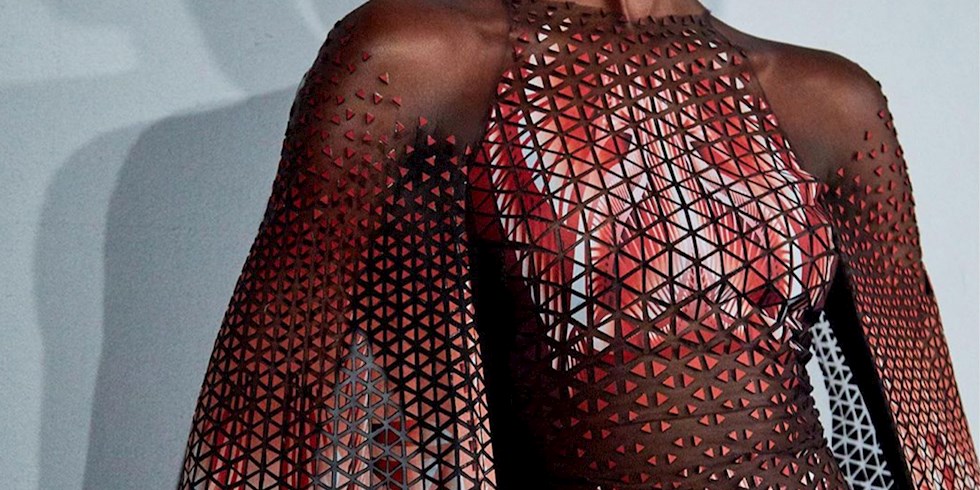 The meeting of technology and nature came to life in Paris Couture Fashion Week. Technology and fashion, the basis of which we see in Iris Van Herpen’s designs, created fascinating and extraterrestrial silhouettes that resemble armor. Meeting with biologists and programmers instead of influencers, van Herpen prefers to call the couture workshop an experimental “laboratory”. Taking its inspiration from nature, van Herpen came together with Parley for the Oceans and brought sustainability to the Spring-Summer 2021 Couture collection.

When you think of Haute Couture, you may think of embroideries, delicate lace, tulle and fluffy skirts… But for Iris van Herpen, the situation is a bit different. Seeing couture designs as a space to showcase futuristic techniques, van Herpen said, “Handcrafting and couture has always been about innovation. Sometimes we forget this. But if you think of all the traditional techniques like lace or old sewing machines, they were very innovative, ”he said.

Explaining his new collection to Elle America, van Herpen stated that his goal is to design all collections from 100% recyclable materials. Stating that the Spring Summer 2021 Couture collection emphasizes sustainability, van Herpen used the unexpected power of cork and plastic waste in her designs. “We will be our most important collaborators in the future,” van Herpen said, adding that he is preparing to design bio-recyclable fabrics made from cork forms.

Van Herpen, who exhibited digitally at Paris Couture Fashion Week, partnered with Parley for the Oceans to create dazzling fabrics from plastic waste collected from the oceans for this season. Van Herpen, who met Cyrill Gutsch, founder and CEO of Parley for the Oceans at a dinner in Paris years ago, said that they spoke for two hours about the environment and the roles of designers in the field of sustainability. Later, van Herpen, who visited the New York offices of the institution, decided to follow a new path for his designs. Parley for the Oceans, who previously worked with brands such as Adidas and Stella McCartney, worked in the field of couture for the first time. “I have always loved Iris because she is free, independent and truly unique in her field,” says Gutsch. “In a way, she is the guardian of pure creativity. On the other hand, this is reflected in the incredible craftsmanship, ”he added.

Van Herpen clothes, which seem to belong to museum exhibitions rather than a wardrobe, allow us to rethink luxury fashion. Can Herpen, who wants to reshape the purpose of fashion, said, “I believe that Couture designs can be at the forefront of fashion, innovation and sustainability”.